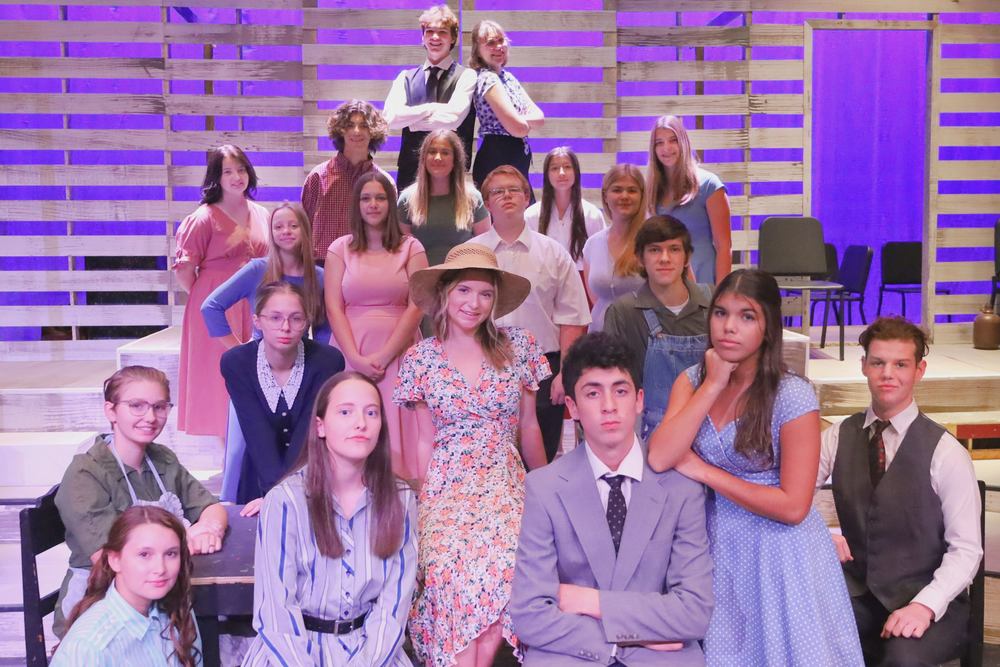 Those who enjoy Bluegrass music will like Bright Star. This is a musical written and composed by Steve Martin and Edie Brickell that takes place in the Blue Ridge Mountains of North Carolina in 1945. At times, the play has flashbacks to 1923.

The BHS Musical Department has chosen this for their musical this year. The musical will be performed on November 10th and 12th at 7 pm and the 13th at 2 pm. This will take place in the BHS Auditorium.

The main characters of the musical are Shaelin Newcome, Jaxon Allen, Taggart Reiss, and Judah Nowlan. These actors and actresses are pretty excited for the play.

“I think the story is really touching compared to ones we’ve done in the past. I think there’s a whole rollercoaster of emotions that the show puts the audience through” says Shaelin Newcome, a senior who plays Alice Murphy.

It seems that all of these actors also have parts of the play that they think the audience will love – those being the on-stage bluegrass band and the dances throughout the musical.

“I am already a huge fan of bluegrass-style music, so performing these songs with my friends has been so cathartic for me,” says Beck Wells, a senior who plays Mama Murphy.

Greg Bontrager, the BHS choir teacher and director of the musical, thinks the audience will enjoy the musical as well.

“This one is so different than what we’ve done in the past, it completely runs the gamut of emotions.”

This musical should also be a rollercoaster of emotions.

“You may have some tears, and then you’ll have the laughter right after, and then some tears, so it’s really an amazing story,” said Bontrager.